Terrell graduated from a Coach Core apprenticeship in London in 2014 and has since worked as a coach in both America and Qatar.

My Name is Terrell, I’m 23 years old and I’m from southwest London.

I would say, confident, adaptable and fun-loving. 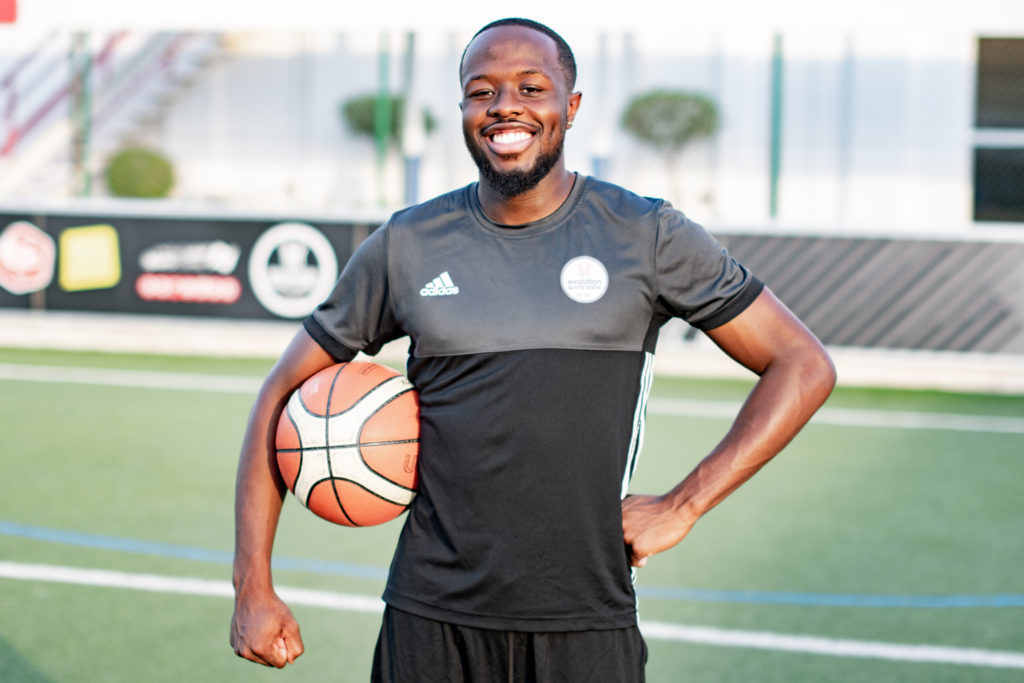 Who inspires you the most?

Day-to-day it changes actually. Honestly, people around me like my parents were my first inspiration in how they carry themselves and the way they raised me. I’ve been around many inspirational people, like Gary Laybourne, who I’ve worked closely with throughout Coach Core and inspires me constantly.

It’s lovely to hear that your father has been a big inspiration to you, tell me more about how he inspires you?

My father is a hard-working man and he instilled from an early age, principles of respect and treating others how you want to be treated. Also, being strict on yourself as well, not taking any nonsense, knowing what you stand for and having integrity. I come from quite a big immediate family and it was good to see him provide and be there for us and give us what he could. Looking back at it now, it probably wasn’t that easy to do so at times. Seeing how I carry myself now and how I’ve coped with being away from home and coaching in Qatar – it is for me but also for family and friends that I do want to provide for later in life.

I’m sure he’s really proud of what you’re doing. So you coach in volleyball, basketball and football – how did you get into those sports?

My dad played quite a bit of sports and my uncle did as well. We would go to games on the weekend and watch sports on TV, so I was around sports quite a lot. I picked it up at a young age and quite enjoyed it. I played basketball first around the age of 4 with my dad. Being an English kid, you can imagine that playing football comes quite naturally, so I grew up playing football with friends. Volleyball was a bit different, at my secondary school, basketball wasn’t offered as a core sport or team so I took up volleyball and have learnt loads of transferrable skills that I can use as a coach.

What’s your highlight from Coach Core?

In my first year, I was fortunate enough to go to New York, whilst Prince Harry was doing his tour in America. Whilst I was there, I was chosen to do a speech at the Four Seasons hotel. It was crazy, I was nervous beyond belief. I got to stand up and tell my story and how far I’d come with Coach Core. It was quite an eye opener at only 16/17. It was a big deal for me and it gave me the boost that I needed to take coaching and professional life much more seriously than I already was.

And what has your proudest moment been?

Making that speech in New York is definitely up there. But I would also say graduation because I feel like I chose to commit to work experience and doing my apprenticeships and getting those qualifications in sport rather than going to university. So graduation for me, probably would have been similar to a university graduation. It prepared me for working life and gave me the skills I needed to be where I am right now. 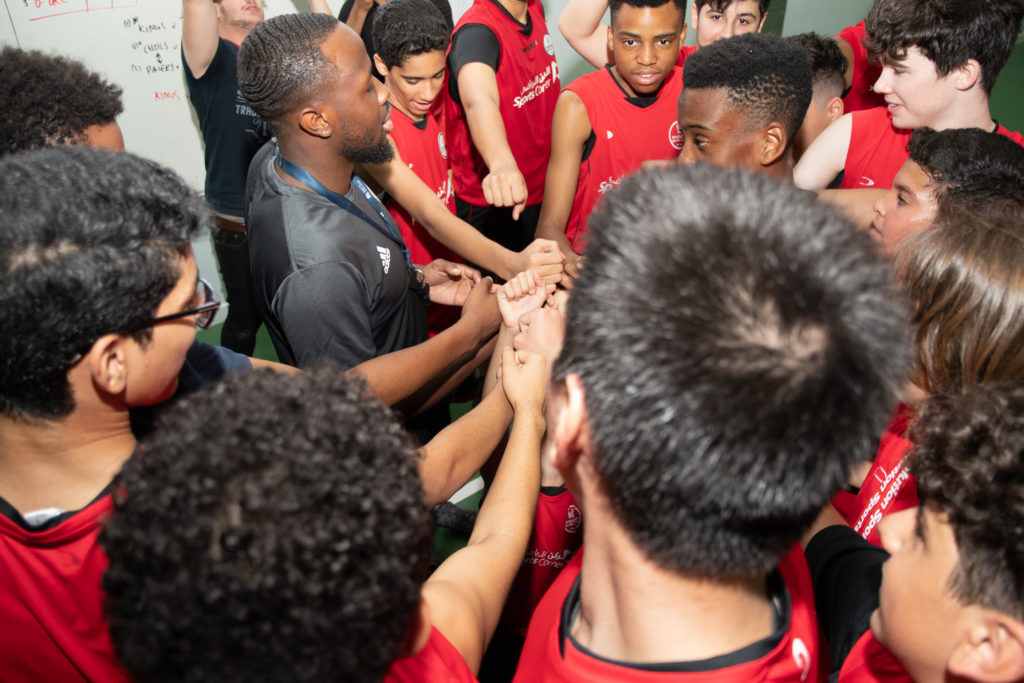 What have you been up to since graduation?

Post-graduation I worked with Greenhouse sports for a few more years, coaching kids in Volleyball. In summer 2017, I managed to get the job I’m in now in Qatar and I’ve been coaching basketball in a British college at Evolution Sports.

Do you feel like Coach Core has helped you get to the place where you are now?

Most definitely. I wasn’t always as confident as I am now and that has grown through Coach Core by being told that I’m doing well and that I can achieve things that I probably wouldn’t have put my mind to in the beginning. It’s given me a sense of pride and has meant that I’ve held my head high from quite a young age. I started doing Coach Core at 16, working with and around children and now I feel comfortable coaching any age. Even delivering workshops, being able to talk to a group of people and have them learn something with me is something I now feel comfortable doing. Without Coach Core, I’m not sure I would have had that same skillset or confidence in my actions.

What are your biggest learnings been from Coach Core?

Organisation. Time-management and interacting with people professionally and socially. Obviously, you have your friends that you can talk to comfortably, but it’s a big change when you have to go up to a stranger and give them reason to take notice of you. With Coach Core, I went to a lot of networking events and what I learnt through going to these is not being the guy that gets approached but making sure you’re the person that approaches people and introduces yourself. 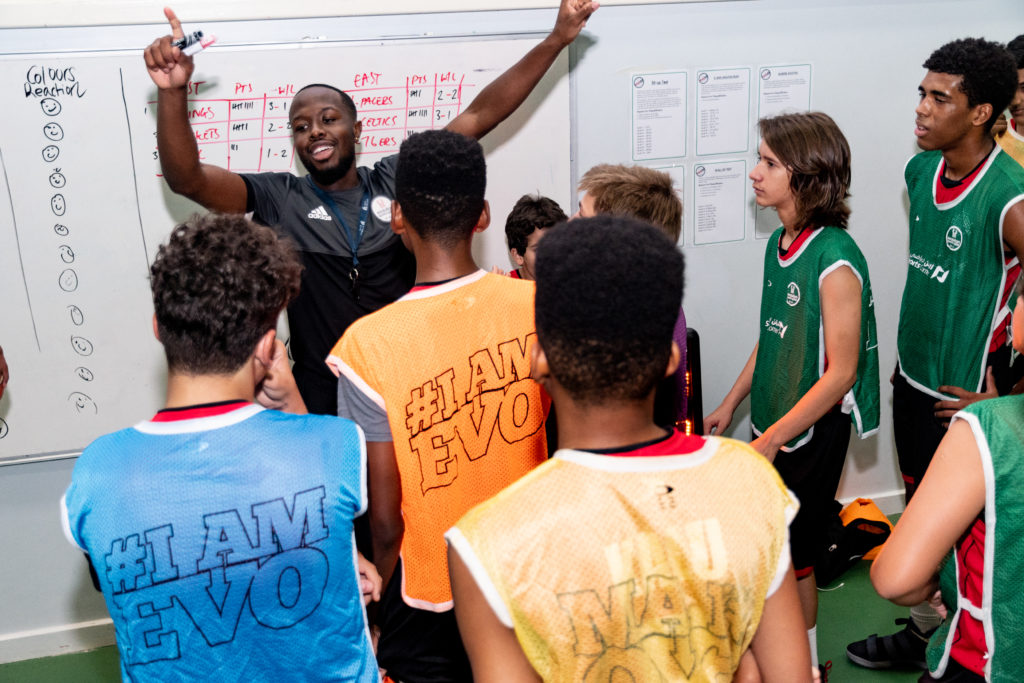 What advice would you give to someone that is looking to join Coach Core?

First of all, give it a go. If you feel like being a coach is something that you might want to do and you have the slightest inkling that coaching might be a passion for you, I would say do it. What happens is, you’re able to learn more than just being a coach. In my cohort alone, myself and two others went on to be coaches with the skills learnt and the rest went on to university because they had built confidence for themselves and taken it where they wanted to go. So, gain experience, gain qualifications and see where it can take you. I’ve worked in America since Coach Core and I’m working in Qatar now, so it shows where you can potentially go with the skills you can learn.

Do you have a favourite sporting memory?

As a coach weirdly enough, in the last school that I was working at in Southwest London – the kids that I coached won national championships for the under 16s in volleyball. It brought a tear to my eye if I’m honest.

Do you have any hidden talents?

I draw regularly, I did art at A-level, so I’m an artist of sorts. I like making illustration-based work, things that can be taken from cartoons and I do a bit of still life to work on my craft and sharpen my skills. I’ve recently started taking making music seriously as well. Growing up in South London, as you can imagine, you pick up a lot of sounds that you hear. It’s quite diverse, it could be anything from 80s funk to pop, jazz to hip hop and RnB – anything that I really like the sound of. In terms of making music, I recently made a hip hop/rnb track, which has been really rewarding as well.

Do you have a favourite food?

One thing that I could definitely eat any time of day, anywhere is a good cheesecake.

Do you have a sports trick that you can do?

I can spin a ball on my finger and if I get warmed up, I can slam dunk as well. 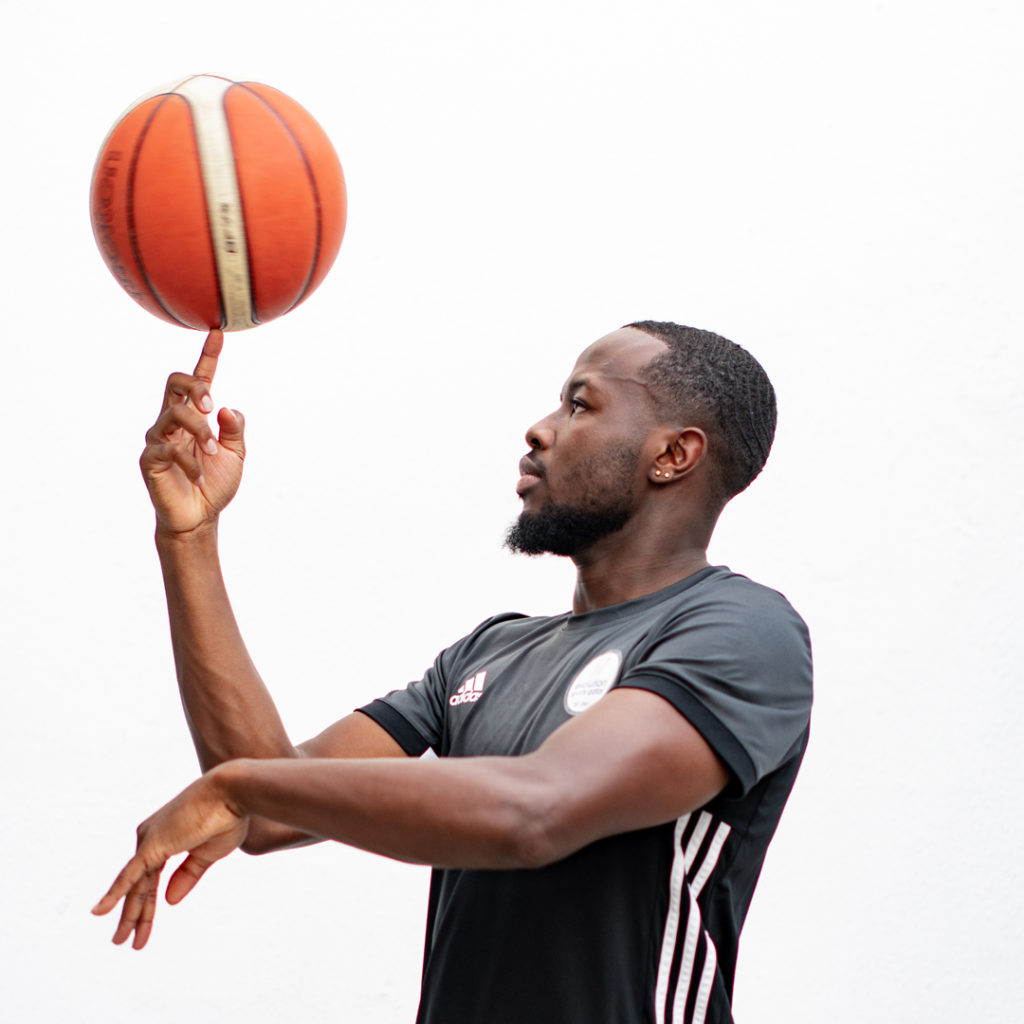