As part of our first ever campaign celebrating graduates who have completed the Coach Core programme in the past five years, we caught up with Charlotte from Coach Core Essex to chat about what she’s been up to since graduating and how Coach Core helped her get to where she is now.

Read on for her full story and don’t forget to follow our social channels as we’ll be sharing lots more on Charlotte, her journey through Coach Core and her incredible full-time job in coaching.

Who are you and where are you from? 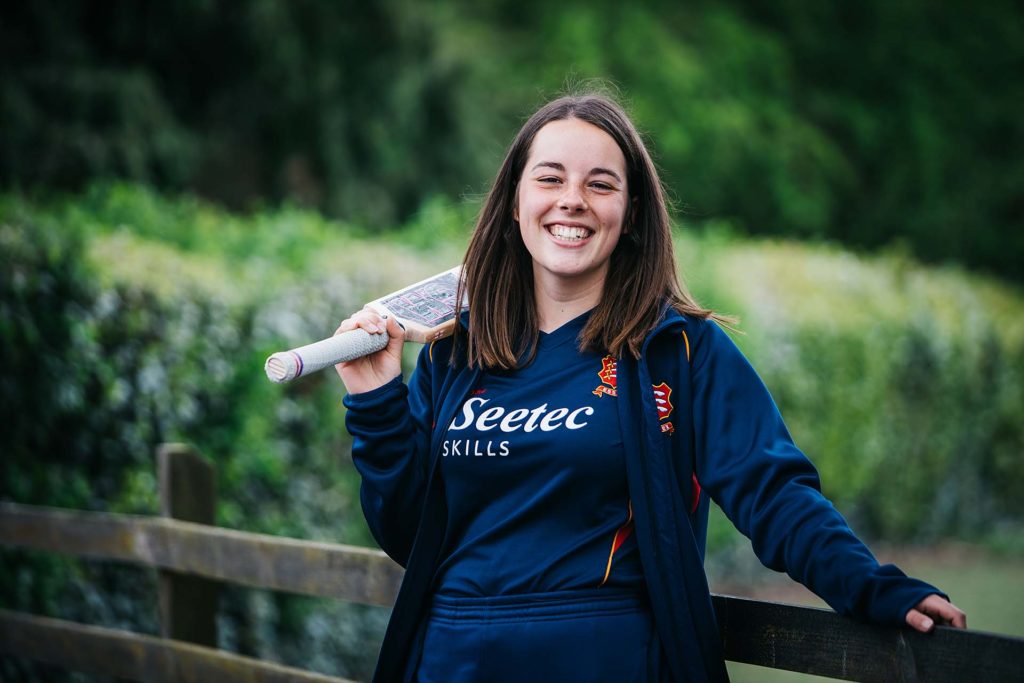 I would say I’m enthusiastic in my coaching. I love being outside especially when it’s nice and warm and I like to make the effort to make a session as fun as possible and easy for teachers to run themselves. I like to think of myself as funny (but that might not always be true) and also quite outgoing.

Who inspires you the most?

I would say Usain Bolt has always been a favourite of mine, just how he strives to be the best and always improve. I always kind of look to that in my day to day life and when I’m out coaching.

How did you hear about Coach Core?

I was originally with an athletics group and my head coach said thought I should try and get into coaching. So he forwarded me all the details for Coach Core and it went from there.

What was your highlight from the programme?

I think it was the different opportunities we were given. I was very lucky that I got to take part in things like working with BT Sport for a week and going to watch different sports in action. I think how [Coach Core] wasn’t just about “here you go, here’s an apprenticeship for a year”, it was everything [the experiences] on top of that.

What was one of your proudest moments?

Just how I’ve improved from when I first started the apprenticeship to how I am now. When I first started the apprenticeship I was quite nervous, I wouldn’t really speak to anyone I didn’t know. I feel like my confidence has grown and I’m quite proud that I’ve managed to get to that stage. With this new found confidence, I can run assemblies to hundreds of kids. I can run training with adults twice my age and feel like what I’m saying is worth listening to. I still need to work on answering the phone to people I don’t know but I have the confidence to believe that over time, this skill will come.

“When I first started the apprenticeship I was quite nervous, I wouldn’t really speak to anyone I didn’t know.”

What are you currently doing now having graduated?

At the moment, I am working full time with Essex Cricket and I currently lead on the school competitions that happen around Essex and London. I do lots of school coaching, so going to schools around the county, encouraging people to play cricket and how fun it is. I also help with the Essex girls squads, primarily the U11 girls which I really enjoy doing. I enjoy working with the squads because it’s a different type of coaching. In schools, you focus on the basic skills to be able to play the game, with the squads it’s the next level up, focusing on individual skills within the game and developing each player as a person. It’s a different challenge but makes me feel proud to see my team in action, making use of the knowledge I have passed to them.

Do you think Coach Core has helped you get to where you are now?

Were you always into cricket?

When I went for the interview for Coach Core my brain was still on athletics. I didn’t even consider cricket and then I had an interview with a guy from Essex Cricket who was doing a partnership with Volleyball England, and just the way he sold it to me did sound a lot better than the athletics one. I had no clue about what cricket was, I only knew a little bit about it as my grandad used to play. So I kind of took it on and three years later here I am at Essex Cricket and loving it! I just wanted a challenge of not going to a job role I completely understood. 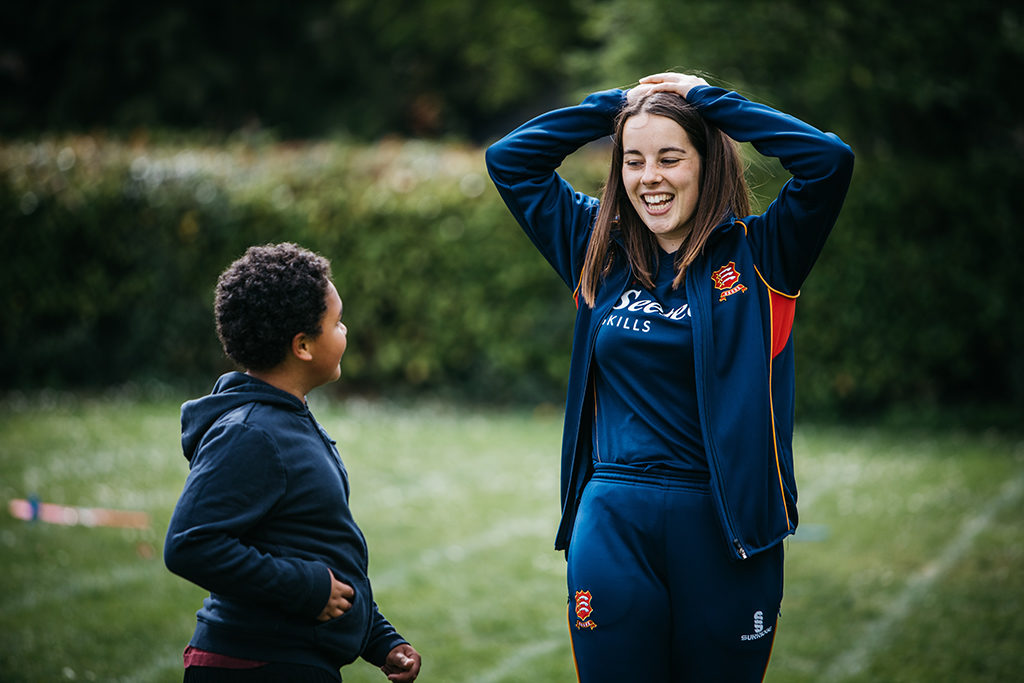 What was one of your biggest learnings from Coach Core?

What advice would you give anyone looking to join Coach Core?

I’d probably say to them to not go in thinking “I only want to do that”, open your horizons to learning different things and when you start your apprenticeship take every opportunity you can. So not just taking the opportunities you know about, volunteer everywhere and just take what you can get. It’ll look great on your CV if you’ve done all these different opportunities.

I like to think I can do accents, in certain situations I think I could pull out a few different Disney characters. 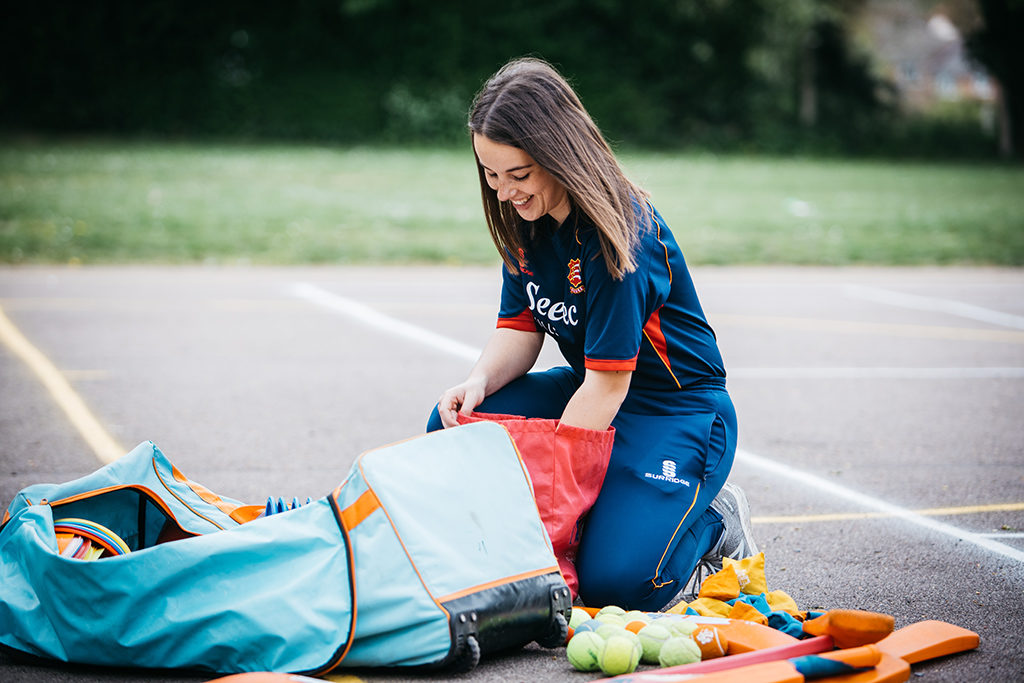 That’s an easy one, would either be pizza or chocolate. Love a Bourneville or variety of Dairy Milk. I love a spicy pizza, pepperoni, jalapenos that kind of thing.

I go to school’s quite often, and recently visited a school where students had no idea what cricket was and I had to explain the basics of what it was and that was quite difficult. But I had a cricket session with every single year group in the school and afterwards the school contacted me saying how brilliant my explanation of cricket was to the students and they wanted me to come back and do a few more sessions. The bonus was that the kids were really excited about what they learned and so I think it’s just spreading my passion and knowledge for the sport, that really made me feel proud.

What’s next for you?

From September I’m hoping to start training to be a teacher, because I just really like working in a school environment and watching kids grow. I’ll still be working with Essex Cricket part time but hopefully, university will be the big thing from there. I’m hoping to go to Anglia Ruskin in Chelmsford. I’m quite local anyway and I don’t want to lose the relationships I have with schools already.